We had another box of Krusteaz in our pantry, and I wanted something easy to make and sweet to eat. Cinnamon Swirl Crumb Cake & Muffin Mix by Krusteaz came to my rescue! I decided to make the crumb cake but there’s also a recipe to make muffins on the box. Not much else to add so… here we go!

What you will need: 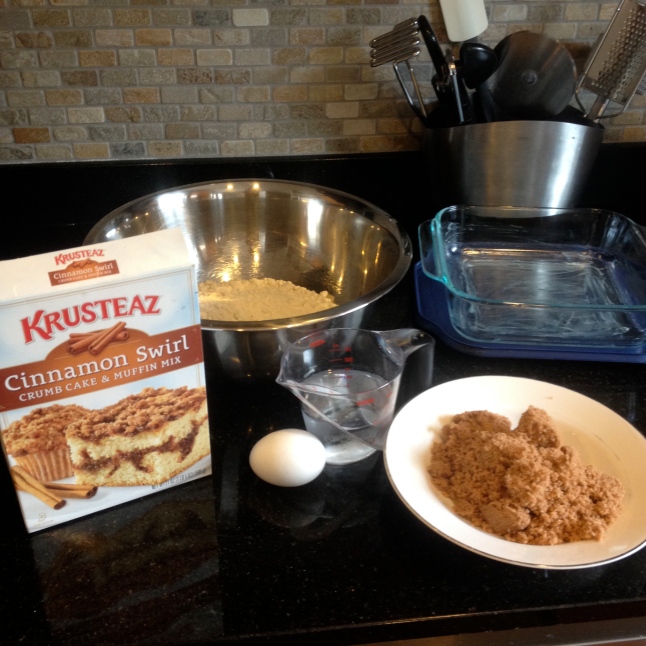 Preheat oven to 350 degrees fahrenheit. In a large bowl, stir together the cake mix, egg and water until moistened. The batter will be lumpy.

Drop remaining batter in small spoonfuls over cinnamon layer and spread to edge of pan. I used the back of a spoon. The batter is slightly sticky so this process is tricky, but it doesn’t have to be perfect. Sprinkle remaining cinnamon topping evenly over batter.

Bake for about 40 minutes. I used a glass pan and took it out at 39 minutes. Always check before the full time is up. Let cool on a wire rack at least 10 minutes before cutting and serving. Enjoy with a cup of coffee!

The year could be 1957 in this photo 🖤 Photography is so fun! #photo #blackandwhite #love #boys #radioflyer
Art is everywhere 🍃🍁
My little is 9! I can’t believe how fast time has gone and how amazing you are! You are going to be the best big brother, Liam! So proud of you 🥰 Happy Birthday 🎉🥳🧁
Shadows 🖤 #blackandwhite
Trees. I love them. My word for 2021 is tree. They speak to me and every little thing happening in my life this year leads back to trees 🌳 So the perfect place to spend a day with my family was naturally the arboretum. Scroll through to see the beautiful exhibit Human Nature. Love 💚
Beauty 🧡 #love #nature #monarch #butterfly #dotsandspots